Cortana is an intelligent personal assistant developed by Microsoft Corporation.[1] It was introduced with the Windows 8.1 operating system and is available across Microsoft devices with Windows 8.1 mobile and Windows 10.[2][3] It is also available for Android and iOS operating systems, although with some limitations. The name Cortana is based on a fictional AI from the Halo franchise of video games.[4]

Cortana has been in development since 2009.[5] It was officially introduced during the Microsoft Build 2014 developer conference as a new feature for the Windows Mobile 8.1 operating system.[6][7] 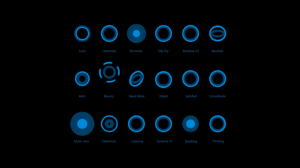 Cortana can display different 'emotional shapes' by animating its logo.

A user can be manually invoked Cortana by tapping the search button in the Windows Start menu or on their mobile device. Cortana can also automatically respond to the command "Hey, Cortana" if enabled. Before the user can start using the service, Cortana will ask them to provide some personal information in order to personalize the future search results.[8] After asking Cortana a question, the query is translated into text and send to the Microsoft Bing search engine to process. Afterwards, Cortana will voice the most likely result back to the user.[9] Cortana is connected through other Microsoft services such as OneDrive, Outlook, or Edge. It is able to search user's contacts, set appointments, write and notify of messages, display latest news, and pro-actively update the user.[10][11]

An integral part of Cortana is the Notebook feature. The Notebook is a unified place where the user can view and edit information Cortana aggregates about them which are then used to personalize search.[12] The Cortana development team based this feature on how human assistants do their work.[5] This was a deliberate decision from the very beginning of Cortana's development as the team tried to create a virtual persona that would not make the user feel like it was stalking them.[13] Additionally, Cortana is able to have short small-talk with the user. The development team created responses for a number of 'clever' queries, that do not actually look for any useful information, manually with the help of a team of writers. Cortana is thus able to respond to questions such as “Do you like dogs?” with a quasi-human personality that has been intentionally crafted so it leaves the user feeling good. One obstacle the team behind Cortana's personality had to overcome, was when the service was released to the public and had to respond to often vulgar queries.[14] 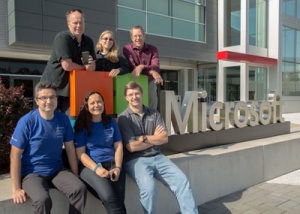 The development on Cortana begins in 2009 and it continued the efforts started by Eric Horvitz, now technical fellow and managing director at Microsoft, from the 1990'.[15] The project was the originally called Conversational-Understanding Personal-Assistant that was born in an effort to unify relevant Microsoft Research personnel into a project that would develop virtual assistant technology. A team consisting of machine hearing researcher Malcolm Slaney,[16] principal user-experience designer Lisa Stifelman,[17] principal scientist Larry Heck,[18] principal applied researcher Gokhan Tur,[19] principal researcher Dilek Hakkani-Tür,[20] and principal researcher Andreas Stolcke[21] was created along with other Microsoft Bing researchers and engineers.[5]

Enhancement - As a personal assistant, Cortana can help the user to better organize their work, and help them retrieve information and use their devices hands-free.

“Sometimes I catch myself saying thank you or apologizing to her,” says 343’s O’Connor. “There are these little Turing Test moments you trip over when you forget she’s not a real person.”[14]